EARLY HISTORY OF HENDRICKS FIELD
(Written by Hayden Williams in 1945)

Up to V-E day the newspapers of the United States were emblazoned with headlines telling of the rocking of Fortress Europe by Flying Fortresses. Now the black streamers across the front pages thrill all Americans and their allies with the tidings that Super-Fortresses are blasting Tokyo and her island empire.

Those headlines tell the story of the partial fulfillment of Hendricks Field of Sebring. Complete fulfillment of that mission will be accomplished when the Japs, like the Nazis who surrendered unconditionally, are crushed through the aid of the Army Air Forces in which are, and will be, thousands of Hendricks-trained pilots.

At the controls of the Flying Fortresses that constantly bombed Hitler and his hoodlum gang into submission were the cream of American manhood who were trained to fly the four-engined bombers at Hendricks Field.

And at the controls of the Super-Fortresses blasting Tokyo for the first time were the youth who not only received their B-17 training at Hendricks Field but also served as instructors until they were given the long-awaited opportunity to pilot the B-29s.

It’s a far cry from Berlin and Tokyo to June 13, 1941, when what was destined to become Hendricks Field was just a huge prairie tract about seven miles southeast of Sebring. On that day, the War Department announced that the tract - sandy, palmetto-covered, marshy and nearly surrounded by lakes and creeks - had been chosen as the site for a basic Flying School.

Now Colonel Leonard H. Rodieck of the Technical Training Command was the project officer. Subsequently, when he became the field’s first commanding officer, he announced that training would begin in November, when the skies hereabouts would be filled with basic trainers.

That announcement was based on the War Department’s plans. But plans are made to be changed, and those in this case were no exception. November came and went, but the skies were conspicuous by the absence of the promised basic trainers. And with November came now Brig. General Carl B. McDaniel, one of the Air Force’s leading authorities on Flying Fortresses, and the departure of the future Colonel Rodieck for Washington and the Chief of Staff’s office.

At the close of 1941, the initial construction program was completed and the contractors were preparing to move their equipment elsewhere when an order came to expand the building program. Then it was revealed that the yet unnamed field would not be used for basic training. It was to become the first Combat Crew Training School in the United States, and instead of Basic Trainers flying around the broad prairie the B-17 Flying Fortresses would wing their way over the land that once had been the home of wild fowl stopping off on their flight from the north to the warmer climate of Southern Florida- the State of heron, crane, quail, snipe, deer and rabbit.

The thought of Flying Fortresses over this section thrilled the populace in this “hills and lakes section” of Florida. The very thought of the huge war birds filled the people with awe. But these heavy bombers, flying singly or in formation, are now commonplace. But they command attention: even though they have become a common sight daily - those giant planes of graceful lines, things of beauty, are also machines of destruction, as our enemies were to learn.

Mid-January, 1942 came and with it an announcement from the War Department that the AAF’s first Combat Crew Training School (CCTS) was to be called Hendricks Field - in memory of First Lieutenant Laird Woodruff Hendricks, a native of Ocala, Florida, and a resident of Jacksonville, Florida, when he entered the United States Military Academy at West Point, from which be was graduated in 1939. Lt. Hendricks, while on temporary duty with the Air Corps, died in London, England, in July, 1941.

At 2355 (11:55 p.m.), January 29, 1942, the first Flying Fortress landed at Hendricks Field. At its controls was the future General McDaniel, who is now on a combat tour in the Pacific theater after a 20 month tour as Commanding General of the 76th Flying Training Wing. At that time the CCTS consisted of one qualified B-17 pilot, one B-17 mechanic and one B-17 airplane. But this team trained additional pilots, and these additional pilots brought in other B-17s, with the result that an Instructors School was organized, and after one month’s operations was able to make full use of the 10 B-17’s later assigned to the field.

March 1942, saw the beginning of the program which would train and coordinate combat crews; Pilot, Copilot, Navigator, Bombardier, Aerial Engineer, Radio Operator, and Gunners. With the arrival of additional B-17’s came a staff of student instructors, both flying and ground school. And in short order the program was in full swing. There was plenty of activity at Hendricks field.

That program continued until the latter part of 1942, during which hundreds of combat crews were trained and dispatched to the European and North African Theatres of Operations, where they distinguished themselves in raids on enemy shipping, airfields and other ground installations.

Then came another change in the mission of Hendricks Field. It was to be a specialized school for four-engine first pilots; other members of the combat crews would be assembled at other points after training at specialized schools for Copilots, Navigators, Bombardiers, Aerial Engineers, Radio Operators and Gunners.

The change promptly went into effect and since late in 1942 only first pilots of Flying Fortresses have been trained at Hendricks Field. Thousands of them have been graduated since that time and more are reporting monthly “for transition.” Like the combat crews of the early days, the large numbers of first pilots who followed them have also distinguished themselves at other schools to handle the controls of the Super-Fortresses. Col. Calvin E. Peeler, Hendricks Field’s second Director of Training and Operations, is now the Commanding Officer of the B-29 School at Maxwell Field.

Col. Warren H. Higgins, the third Commanding Officer of Hendricks Field, is also currently assigned to the B-29 School at Maxwell Field. The present Commanding Officer is Col. Charles D. Farr, who wears the Golden Wings of the Navy as well as Silver Wings of the Air Corps. He is a returned combat veteran of the North African and China-Burma-India Theaters of Operations.

Ideal weather conditions in this section enable Hendricks Field to regularly keep ahead of schedule. It is known that only one day’s flying time for students has been lost in nearly four years of operation. And because it stays ahead of schedule, overloads from other stations, or special students are sent to Hendricks Field for training. But despite the increase in number of students, both the regular and special classes complete their training on or ahead of time, so thorough is the school’s program and so proficient is its Department of Training which is considered one of the finest in the AAF.

Among the special students trained at Hendricks Field are a general, the sons of many generals and other high-ranking officers. In addition to B-17 transition, they, and the regular classes, became well grounded in navigations meteorology, radio and engineering. The Hendricks Field ground school was regarded as one of the leading ones in the AAF.

The flying safety record of Hendricks Field is an amazing one and ranks among the best in the AAF, and for which its personnel has every reason to be proud.

The success of Hendricks Field is attributed to the cooperation that has existed since training began in March 1942, among the members of the crews of the Flying Fortresses, the ground crew, the maintenance men, the civilian mechanics and those “back of the line.” Cooperation is the cardinal principle of Hendricks Field.

Hendricks Field has and is contributing its full share to the prosecution of the second world conflict. It is hoped that it will be a contributing factor to the keeping of the peace that follows.

This article was originally published for the Sebring Historical Society
in Bulletin No. 15, October 1973, as well as in a collection
entitled, Olio, January 1979 by A. C. Altvater. 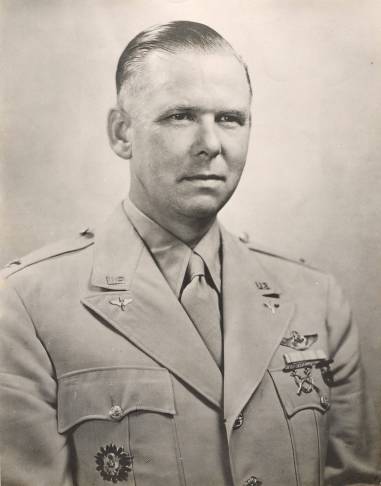 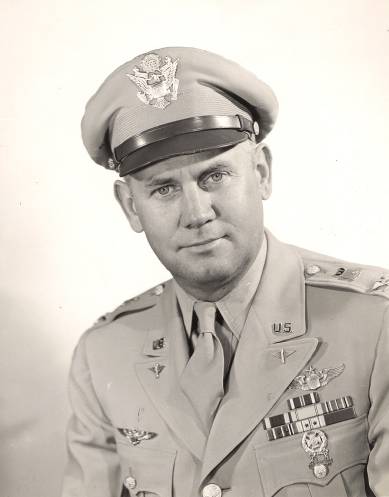 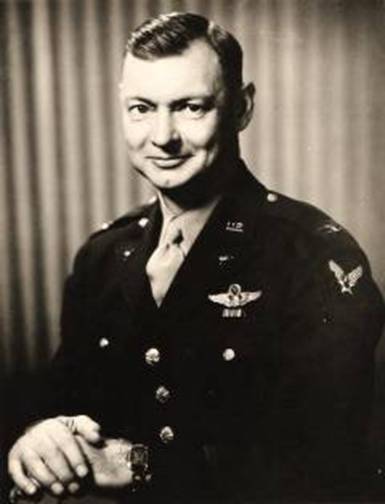 Col. Warren H. Higgins
Third Commanding Officer   of Hendricks Field, during whose tour the field’s high standards were maintained, and many improvements added for the comfort and entertainment of the personnel.
Served as Commanding Officer: 10/26/43 – 6/7/45 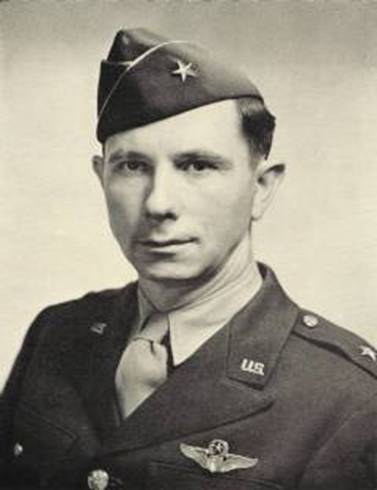 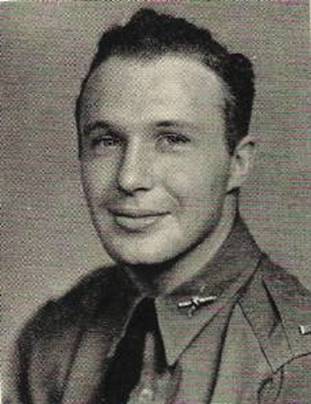 First Lieutenant Laird Woodruff Hendricks
A native of Ocala, Florida and resident of Jacksonville, Florida. Entered the United States Military Academy at West Point and graduated in 1939. While on temporary duty with the Air Corps, died in London, England, in July, 1941.
In mid-January, 1942, the War Department announced that the AAF’s first Combat Crew Training School located near Sebring was to be called Hendricks Field - in memory of Lt. Hendricks.
Lt. Hendricks was laid to rest in Arlington National Cemetery.