Sold Baseball Extras while in ward school.  After baseball season had paper route for Indianapolis News

Came to Florida and was a chauffeur for Billie Varn and his Model T Ford  (1915).

Was a plumber’s helper for Paul Vinson. Worked on the Kenilworth Lodge  (1916).

Returned to Indianapolis and worked for Marmon, Royal Serum Company and Pennsylvania Railroad  (1917-1920).

Returned to Florida and worked as a plumber’s helper for Paul Vinson  (1920).

Opened the Circle Theatre on July 5th, 1923. Sold during the Boom.

Worked as inspector for engineering company on the installation of water and sewer systems.

Chief of Sebring Fire Department (1925).  Was the first paid fire chief and organized the volunteer fire department.  Organized the city’s first Department of Public Works (except for police and utilities).

Chairman of Sebring Chapter of the American Red Cross  (1941).

Highlands Hammock - The history of the first Florida State Park.

Sebring Firemen - The history of the Sebring Volunteer Fire Department from its foundation in 1929 to 1962.

Hall of Fame - A record of the City of Sebring elections and administrations, and biographies (and pictures) of elected and appointed officials from 1913 through 1987.

Exercise in Frustration - The story of a failed civic improvement campaign. Five years worth of correspondence involving City, County and State offices, as well as news media coverage.

DeVane’s Early Florida History (2 volumes) - A collection of items (articles, letters, maps, and pictures) by Park and Albert DeVane concerning history of the Heartland area (South Central Florida) and Florida state history.  Both volumes are in the Congressional Library.

Sebring Historical Society “Bulletins” - 1334 pages of local history, pictures, biographies and legends published in the quarterly publication between 1969 and 1986. 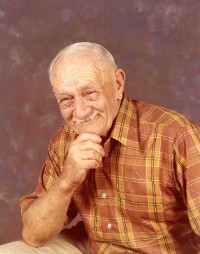