SEBRING - There are still some big airplanes sitting along the runways of this city’s airport, but by and large they are rusted and unused.

The B-17’s and B-29’s that rumbled down the runways of the airport during the years of World War II are gone now.

What used to be known as Hendricks Field has come to be called the Sebring Airport and for 362 days of the year, it is a fairly quiet airfield.

The other days of the year it plays host to the 12 Hours of Sebring race and is a swarming madhouse.

The activity was there during the war years too, but with a more serious purpose.  Hendricks Field, as the airport was called, was established in 1941 as a training base for B-17 crews.  Throughout the war, pilots for the nation’s biggest bombers were trained there.

The selection of Sebring as the site for such a base followed earlier news in July 1940 that a bid to establish an Army base in the area had failed.

A group of Sebring men had traveled to Washington to confer with Claude Pepper, one of the state’s senators.  They learned, as the town learned through a telegram, that no army base was planned for the area.

In the spring of 1941, with Europe at war and war in the far east as well, a group of military men came to the area to see about establishing a training field.

On January 29, 1942, the first B-17 landed at the airfield, which earlier that month had been named Hendricks Field in honor of Lt. Laird Woodrow Hendricks, an Army Air Corps officer who died in London in 1941.

At first, entire combat crew for the Flying Fortresses, as B-17’s were known, were trained at Hendricks Field.  Later, only first pilots were trained there.  The rest of the crews - copilots, navigators, bombardiers, aerial engineers, radio operators and gunners - were trained at other specialized facilities.

According to accounts of the times, the field was noted for its success in training pilots within the time allotted.  “Ideal weather conditions in this section enabled Hendricks Field to regularly keep ahead of schedule.  It is known that only one day’s flying time for students had been lost in nearly four years of operation,” one account stated.

The conflicts overseas ended in 1945, but the conflicts over the airfield were just beginning.  The base closed down in December 1945 and was turned over to the War Assets Administration.  The agency and the City of Sebring had a hard time seeing eye-to-eye on the cancellation of the 99 year lease the federal government held on the base.

The city council, according to accounts, feared that the airfield would cost too much to operate.  Finally, in April 1946, the city agreed to take over the airport itself.

The buildings and equipment did not go to the city but were sold by the federal agency.  Much of the equipment, according to accounts, was lost in the shuffle.  Anything that was not nailed down was likely to be taken.  One account states that “two buildings that were probably 150 feet long, 40 feet wide and two stories high, disappeared.  They left the field in daylight, supposedly destined for the University of Florida, but they never arrived.

Some of the buildings were purchased by the city and when all of the confusion had cleared, what is now he Sebring Airport began to emerge.


Hendricks Field May Have Ghosts
But Nobody Minds Them Very Much
By Ash Wing, Tribune Staff Writer
From The Tampa Tribune, Monday, May 2, 1966 - 3 Area News

SEBRING - Some members of the Sebring Chamber of Commerce are irked at newspaper and television reports that the 12-hours of Sebring races were held in what was described as “an old abandoned Air Force base.”

As far as the Air Force is concerned they say, Hendricks Field is old and abandoned.  But as far as Sebring is concerned, it is a very much going business that provides a home for at least a dozen manufacturers and a base for dozens of private aircraft, plus boosting the economy of the area.

Renamed the Sebring Air Terminal after the war, the former air base that trained pilots to fly bombers now leaves people to the memory of bygone days.  The runways are there, vacant hangars and a few barracks still are present.  The most important item that remains is the Eighth Air Depot that provides maintenance, repairs and overhaul jobs for almost any type aircraft.

Airport Manager N. B. Graybill and the Sebring City Council keep in constant touch with manufacturers looking for new locations and recently signed a long lease with a trailer manufacturer. - - - 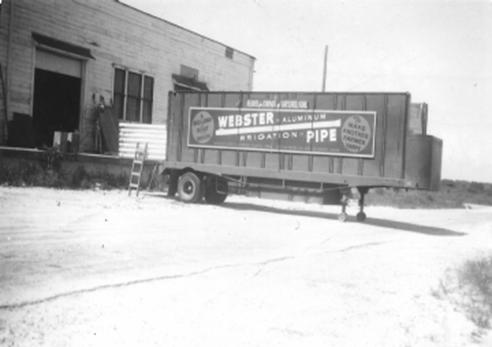 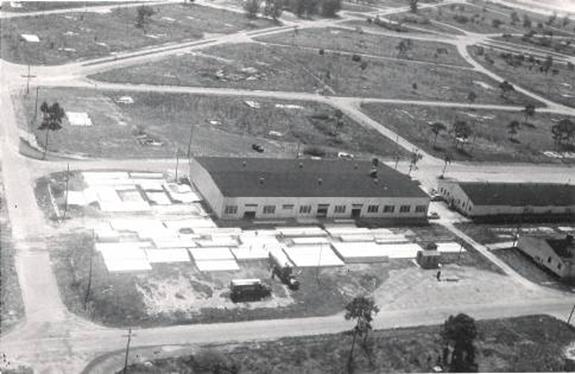